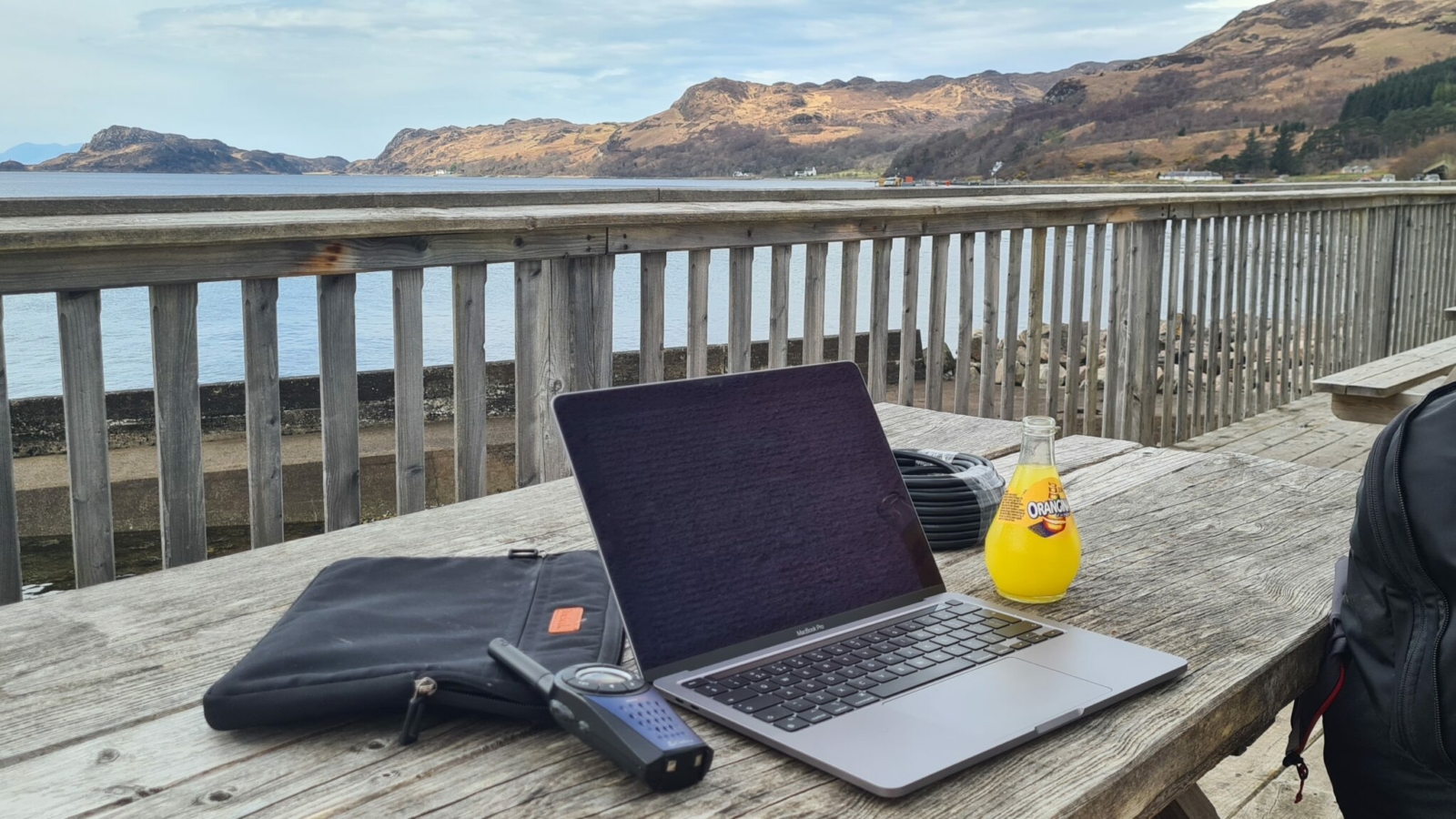 End-to-End: Monitoring the power of Knoydart

Knoydart is a remote peninsula in the north-west of Scotland. Often referred to as ‘Britain’s last wilderness’, it is only accessible by either a two-day hike from Glenfinnan or a 30 minute small ferry crossing across Loch Nevis.

Home to around 100 people, the community is not connected to the national electrical grid and relies upon a 280kW hydro turbine to supply all the electricity to its residents and thriving businesses (including a newly community-owned pub and a brewery).

Energy Mutual has been working alongside Knoydart Renewables for a number of years, most recently project managing the ‘Knoydart Energy Security Project’ with support from Local Energy Scotland and SSE Community Fund. Among other things, this project saw the entire hydro pipeline replaced; securing the future of the Knoydart energy supply for the next 40+ years.

With only a finite amount of power available for use, it’s imperative that Knoydart Renewables and the community it represents has a good handle on the performance of the network. A thorough understanding of the current energy consumption patterns of the peninsula helps identify the remaining headroom and in-turn provides opportunities for growth of the community and businesses therein.

Despite the newly installed 1.5 km of pipeline, much of the existing generating equipment is still original – dating back to when the turbine was originally commissioned in the 1970s. As part of the next phase of the Knoydart Energy Security Project in 2023, there will be a full overhaul of the generating equipment, including new control systems and more streamlined mechanisms for monitoring their performance. However, with increasing load on the network over the winter months, it was important to begin gathering this data as soon as possible.

Connecting to the Internet

Much of Knoydart is fortunate enough to have a connection to HebNet, a microwave-based point-to-point network that provides internet connectivity to many of the Scottish small-isles and remote mainland communities.

HebNet requires line-of-sight communication between transceivers located in many cases, many miles apart. In the case of a hydro turbine, which is by necessity situated at the bottom of a valley, achieving line-of-sight is somewhat of a challenge. As a result, a transmitter is located half-way up the hill of the Knoydart hydro scheme.

As part of the previous pipeline replacement works, a section of power cable which supplied this transmitter was severed, and as such, the turbine was completely cut off from the world. Without intervention, the only mechanism by which you could observe the amount of power generation was through making the 30-minute drive across the peninsula and looking at the power gauge.

Energy Mutual’s first step was therefore to re-establish the network connection. We replaced a 450m section of cable from half-way up the hill to the turbine house. This supplied power to the HebNet transceiver and in-turn provided internet connectivity once again.

As part of a previous project several years ago, a dedicated secondary electricity meter and bespoke data-logger was added to the Knoydart turbine house. Due to a lightning strike, and subsequent power surge in 2016 however, this data-logger had become irreversibly damaged and could not be re-used for obtaining the meter data. The electricity meter however, remained in good condition and was working well, providing accurate readings.

As this was to be a temporary solution, to be in-place only until the renovation work in early 2023, it was important that any data collection mechanism we used met the following criteria:

As such, we determined a Raspberry Pi computer, connected to the existing IME meter through an RS-485 connection, would be an appropriate choice. Using a RS-485/MODBUS hat for the communication with the meter, we developed a simple project box for mounting inside the turbine house that would periodically ‘phone home’ with real-time generation data.

Whilst a permanent installation may have necessitated a more lightweight solution, our requirement for reusability of this device demanded the development of something highly configurable and at minimum effort. For this, NodeRED fit the bill perfectly. Through use of various open-source libraries, we developed a flow which read the MODBUS registers on the meter on a regular basis, transformed them as required, and sent the readings over MQTT, to our Amazon Web Services (AWS) account, through which we already operate our Energy Mutual Asset Management Platform. The data is then processed, transformed and pushed to an Amazon Timestream database for later analysis.

Making use of the data

There are multiple stakeholders for the information we are collecting from the Knoydart Turbine.

First and foremost, Knoydart Renewables and Energy Mutual itself requires an overarching view of the network, how it is performing and any constraints and bottlenecks. For this, we built upon the work completed as part of a LoRaWAN research project done in tandem with University of Strathclyde with support from Highlands and Islands Enterprise and Energy Transfer Partnership earlier in 2022.

This work saw the development of a Grafana dashboard which consolidates data from sensors all over the peninsula. We integrated our new turbine generation data with this dashboard and can now observe in real-time, the state of the entire electrical network in Knoydart.

We also anticipate later; we will begin integrating this data with Energy Mutual’s Asset Management platform to help owners ensure their energy assets are living up to their full potential and begin managing Knoydart’s power demand more closely in-line with their generation.

Beyond those managing the network, and as previously mentioned, it’s important that the residents of Knoydart also have an awareness of their power consumption.

It’s for this reason that Energy Mutual developed a simple web-based ‘consumer’ application which connects directly to the stream of data being published. Initially just a proof-of-concept, with a great deal of potential areas for development, the app gives residents of Knoydart, whether cooking their dinner, or having a pint in The Old Forge, an understanding of their community’s collective power consumption.

This application is publicly available, and you can see how much power is being generated in Knoydart right now at https://bit.ly/3O2PEgp.

What’s next for Knoydart and Energy Mutual?

Knoydart has ambitions to grow the size of its population in the coming years to increase the resilience of the community. As it does so, the load on the turbine and the electrical network will increase, and it is imperative that this demand is closely managed in-tandem with the energy being generated and the available renewable resource.

Energy Mutual believes that the challenges of managing Knoydart’s electrical system are not unique and that the lessons we have learned here are translatable to other islanded minigrids in Scotland and across the world. We’re aiming to standardise the management of these innovative electrical systems and have recently received InnovateUK funding to explore this idea more widely.

If you own, operate or are connected to an Electrical Minigrid or Local Energy System and would like to discuss how Energy Mutual can work with you to maximise its potential, please get in touch. 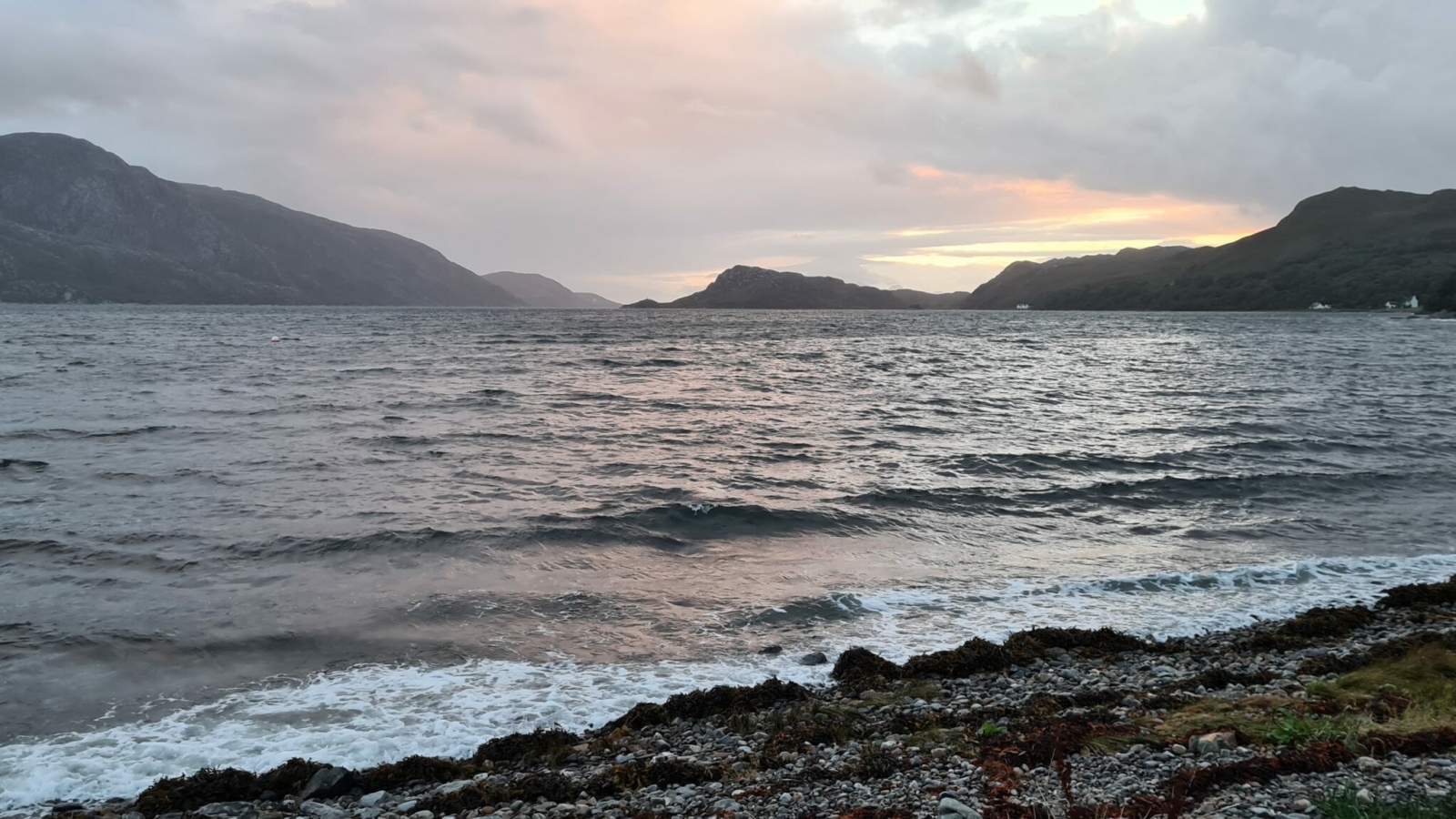 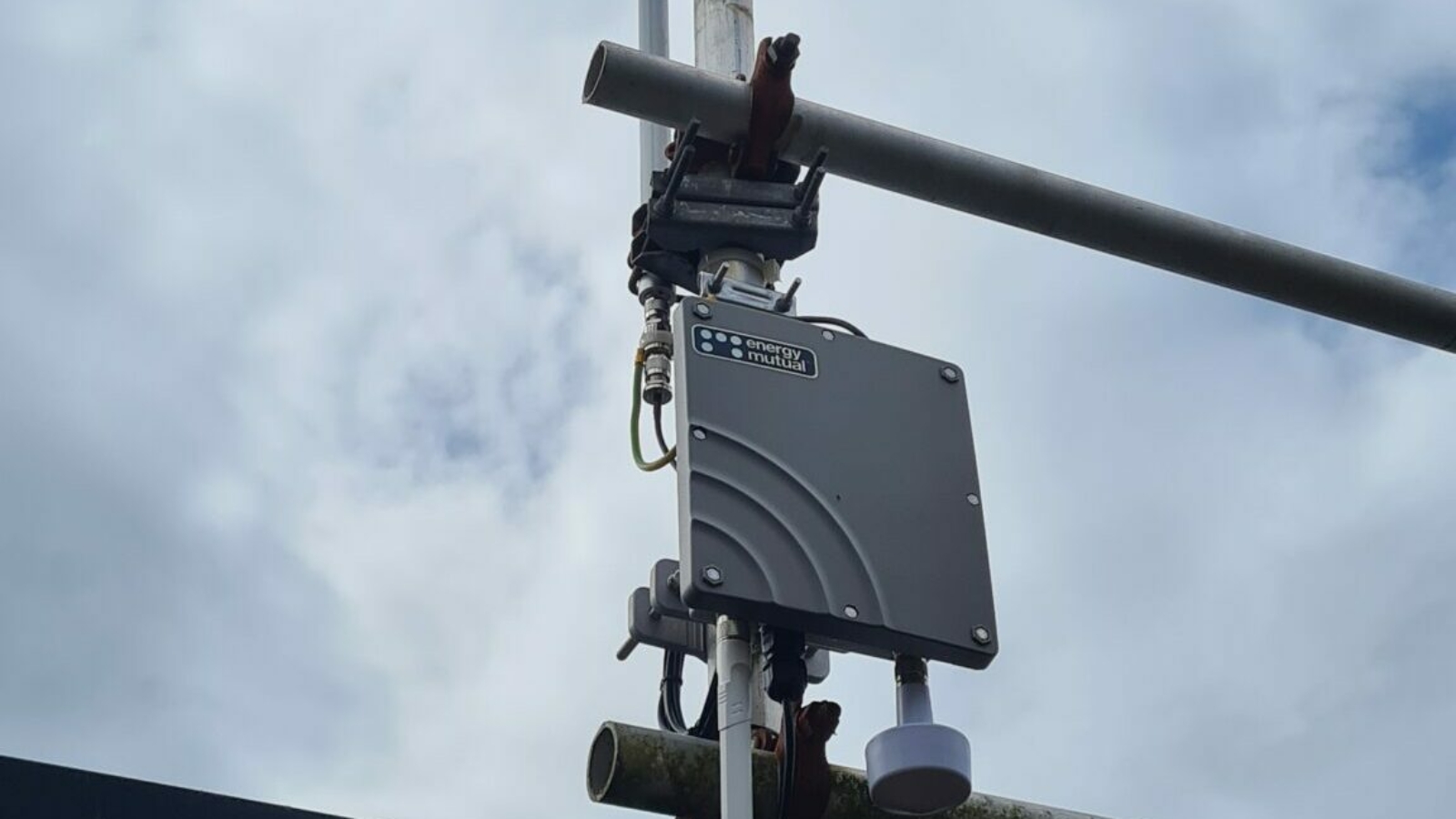 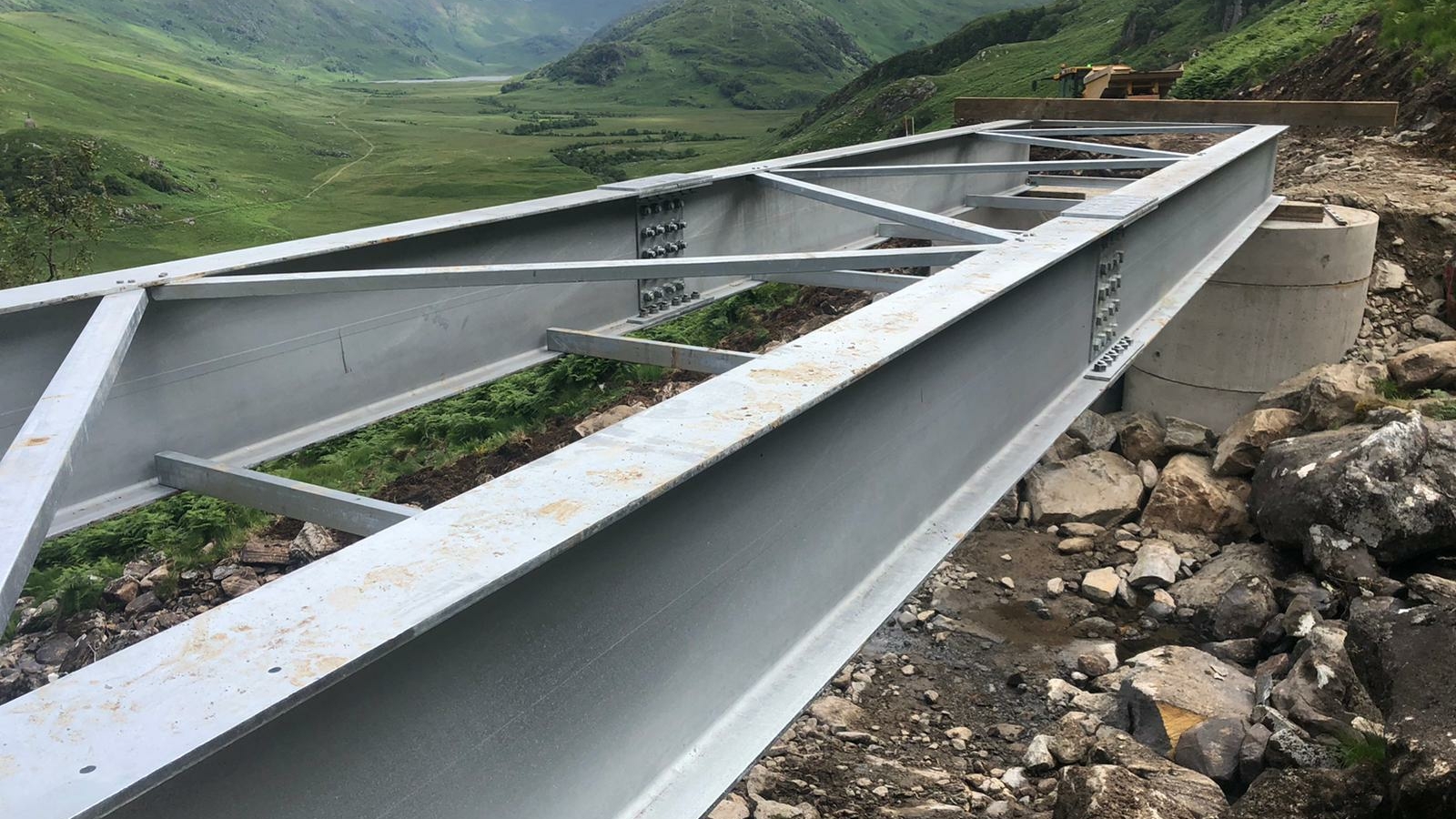 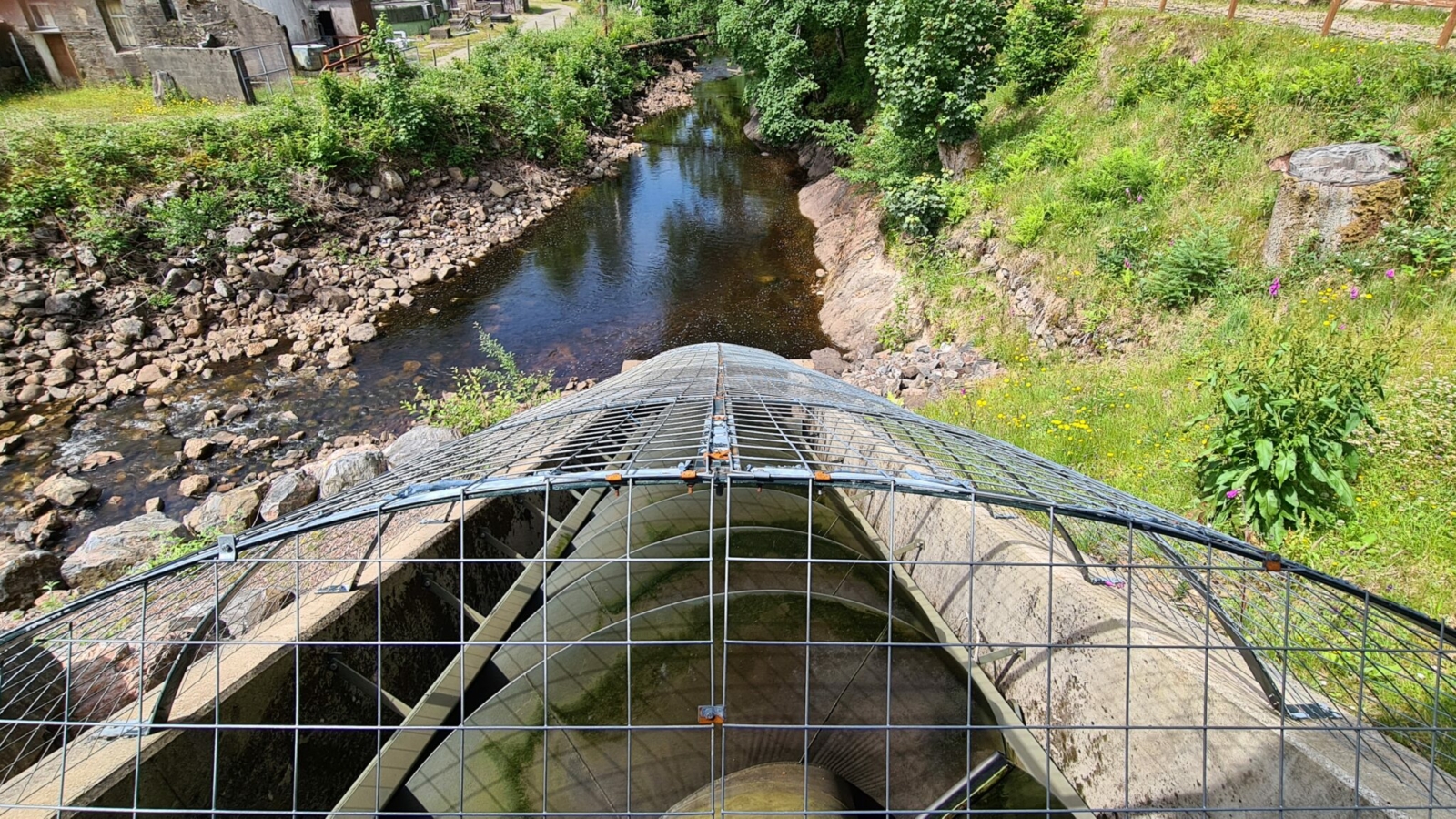 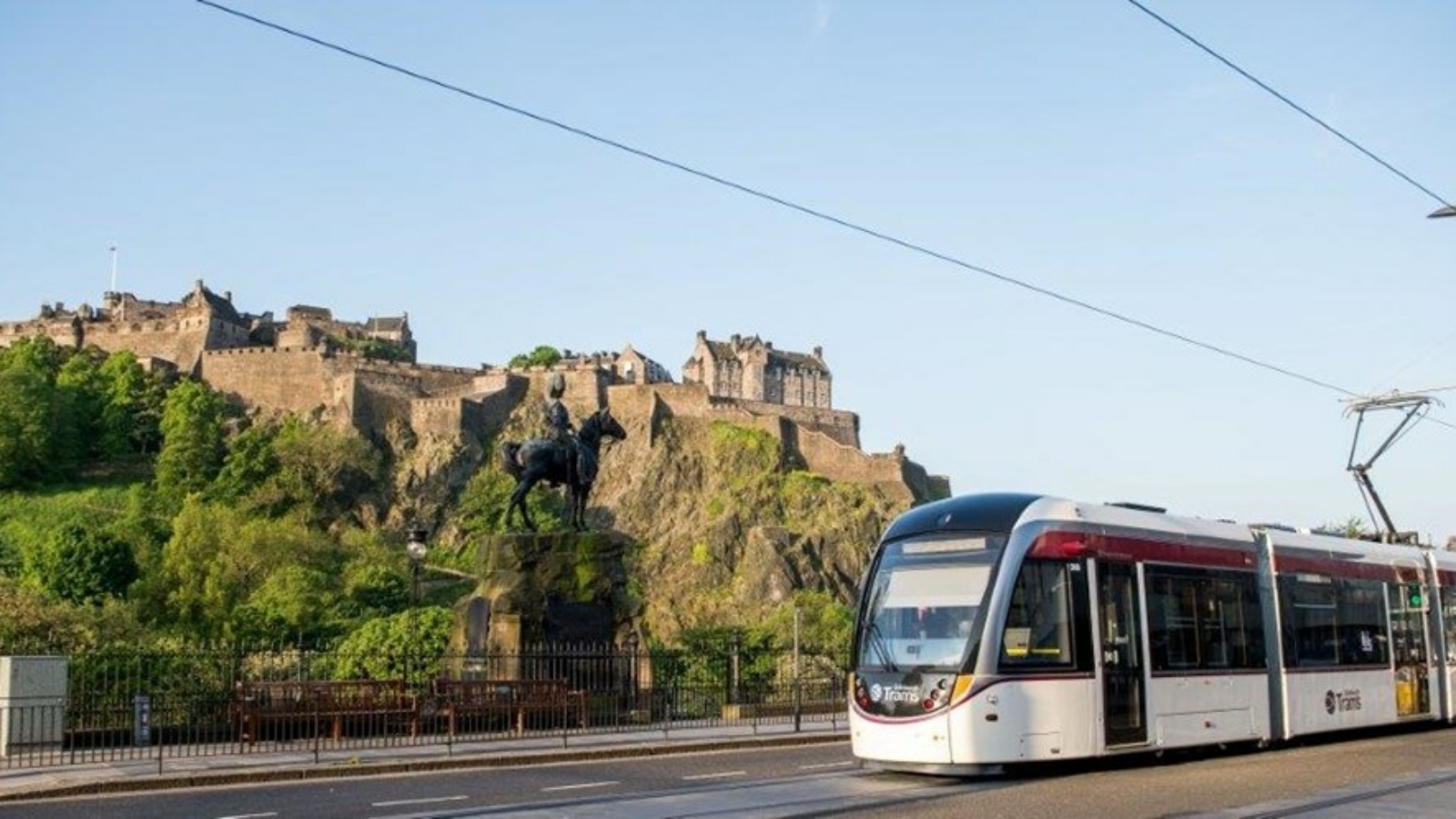 Shopping Basket
We use cookies on our website to give you the most relevant experience by remembering your preferences and repeat visits. By clicking “Accept All”, you consent to the use of ALL the cookies. However, you may visit "Cookie Settings" to provide a controlled consent.
Cookie SettingsAccept All
Manage consent

This website uses cookies to improve your experience while you navigate through the website. Out of these, the cookies that are categorized as necessary are stored on your browser as they are essential for the working of basic functionalities of the website. We also use third-party cookies that help us analyze and understand how you use this website. These cookies will be stored in your browser only with your consent. You also have the option to opt-out of these cookies. But opting out of some of these cookies may affect your browsing experience.
Necessary Always Enabled
Necessary cookies are absolutely essential for the website to function properly. These cookies ensure basic functionalities and security features of the website, anonymously.
Functional
Functional cookies help to perform certain functionalities like sharing the content of the website on social media platforms, collect feedbacks, and other third-party features.
Performance
Performance cookies are used to understand and analyze the key performance indexes of the website which helps in delivering a better user experience for the visitors.
Analytics
Analytical cookies are used to understand how visitors interact with the website. These cookies help provide information on metrics the number of visitors, bounce rate, traffic source, etc.
Advertisement
Advertisement cookies are used to provide visitors with relevant ads and marketing campaigns. These cookies track visitors across websites and collect information to provide customized ads.
Others
Other uncategorized cookies are those that are being analyzed and have not been classified into a category as yet.
SAVE & ACCEPT